TL;DR – Knowing how to test a business idea, is all about getting a minimum viable product out there to the market. With a world of advertising platforms, this small business tips guide will show you what you can do today to stop wasting your tomorrow.

Why should you test a business idea?

Spending money, time and energy on an entrepreneurial concept that was always destined for failure is no way to spend your life. And while it is true, ‘the lessons are in the failures’, it’s always best to fail elegantly, quickly and with the lease amount of collateral damage along the way.

Sometimes ideas don’t work out, we don’t need to lose the shirt on our backs or risk the security of a roof over our heads. For that reason, it’s fundamental that you test a business idea before going balls to the wall.

More concisely, here’s a few reasons why you should test a business idea first:

What is a Minimum viable product (MVP) ?

A minimum viable product is the smallest, cheapest, simplest representation of your product or service. If you are working on an app with a ton of bells and whistles, maybe this is the version of the app with just the bells. Cutting out the whistles allows you to test what forms your core offer.

The MVP therefore is the stripped back version of your product with the least amount of money, time and resources injected into it to see if it can sell.

There are lots of ways to test an MVP which we will cover further down.

What is business idea validation?

Business idea validation is where you or your team will test a business idea, it’s also known as MVP validation. It’s the process of running with your minimum viable product. Once you have your MVP then the action of getting it in front of eyeballs is the validation.

This is where it’s key to identify what is the core of your business offering. Getting it out to independent focus groups or consumers, through potential future advertising channels, helps you see if there is a demand to click on it. It also helps you establish potential advert budgets and what interfaces resonate better. This is where you can also pick up some valuable UI/UX information for your designers.

Why do business ideas fail?

Business ideas – if we distinguish them from businesses – fail for many reasons. In fact, the percentage of business ideas that never even reach the ‘pitch your friends’ stage, is around 50%, according to an entrepreneurship study at Duke University.

For those that go a little further we have all seen the ominous stats. But why do they fail?

The reasons behind why a company fails or an idea is a book in itself, but failing to test a business idea, is a common precursor to a few of the causes of business failure. In my own life, I am often the person someone comes to with an idea, or advice on starting a business.

Every time, I ask them this question:

“What need are you uniquely fulfilling and have you tested you can be sure your idea or approach does that in a way no one else already is?”

Within this one (wordy) question, I can establish if they are doing something unique, if there is an underlying need for their business idea and critically, if they have found independent validation on what they’re doing.

Not testing a business idea or MVP means you know absolutely nothing before you put your hand in the lion’s mouth.

It turns entrepreneurship into an outright gamble, as opposed to a measured risk. If you can’t take the time to test a business idea, then it says a lot about your wider approach to business. You’re absolute toast mate.

“How you do anything, is how you do everything”

How much does it cost to test a business idea?

How much it costs to test a business idea is a piece of string question, but it can be done on a complete shoestring. Testing an MVP is all about, putting the least invested version of a product out to test it, without losing your shirt. So by that logic, it stands to reason, you should be able to get some validation without spending an arm and a leg.

It needn’t be expensive, in some cases it needn’t cost any money at all.

Heard of Dropbox? Who hasn’t?

Their MVP test was as simple as making a video of their product and uploading it to the DIGG community. DIGG is a tech-focused version of Reddit and within days they had built a huge beta list of willing early adopters. No expensive PR companies, no focus groups, no fake adverts to landing pages. Just this simple video uploaded to a free community.

This video was discovered care of a great blog on MVP examples from Techcrunch.

Ways to test a business idea

There are a number of methods to test a business idea. But we are going to consider here, that if you are looking for this kind of information, you aren’t being bankrolled by Softbank or Sequoia Capital. In that case your budget is likely to be low, you want useful ideas.

Here are three avenues to consider

Focus Groups, are a small unit of potential buyers or users, who match your target persona. This means the people you think you are going to be solving a problem for. They can be put together by asking friends, and making it a blind results test. Meaning they may not know it’s your product, or you can put together a community by leveraging sites such as Reddit, Quora, Digg or Github etc.

Of course you don’t want your idea stolen, so it’s always good to offer an incentive for someone to join into a focus group but sign an NCNDA. (Non disclosure, non-compete agreement).

Asking friends or family what they think of your business idea is always fraught with obstacles. They don’t want to offend you, and if you are anything like me, your folks knock nearly every idea you ever had. (Probably were on the money to be fair!)

But also using friends and family, you are running an idea by people who are not perhaps buyers of your service. This means using online communities, presents greater potential for finding ideal testers.

From the questions you ask, you can gauge if it makes sense, if they see a need and what they hate. This data allows you to enhance your MVP and go again with a different group. To see if the changes result in a better outcome.

TIm Ferris, author of the ‘4 Hour Working Week’ and podcast host of the Tim Ferris Show, used paid ads to determine if consumers wanted to buy his product.

Where did he learn that trick from?

He doesn’t actually say – but if you’ve never heard of Cadabra, you may not know one of the earliest cases of this online:

“…in the beginning the website only sold books. But because of a lack of space, Amazon had no inventory. So, when an order came in, they would find the book online, ship it to the Amazon office and then repackage it before sending on to the customer.”

Cadabra was an early name for Amazon and while they are a behemoth now, the embrionic years were all about testing ideas, using initiaitive and doing things on a shoestring. Well, the latter point hasn’t really changed.

Running ads on sites like Facebook, Quora or Google, give you a chance to frame how a future marketing campaign may look. If you find you have a high click rate, and the cost for leads, or dummy sales is low – you can sense you may be on to something.

Obviously this can muddy the waters if your marketing skills are poor, but a small investment in a bit of advertising know-how and you can learn a lot. Just don’t forget to disappoint those new fans of yours down gently. In fact, this can even be a great way to present why you ran this ad and create a family of founder fans. An ideal place to focus group test your new beta ideas.

Who doesn’t want to be involved in something new and exciting?

Angel investors are a source of seed capital for many ventures and with the growth of entrepreneurship promotion, there are more opportunities to pitch your ideas in front of experienced heads than ever before. If you want to read more about Angels and raising capital for a business – head below next:

These folks aren’t always right, but the reality is, they have been there and done it. Pitching your concept to these people, either 1-2-1 or at a pitch event, gives you a chance to put your MVP under the spotlight of scrutiny.

There’s nothing like standing in front of expert investors to test a business idea. If your ideas stand up to rigour, you may be onto something.

How do you know if a business idea is viable?

Congratulations, you got this far.

If you test a business idea and find you haven’t had your heartbroken yet with questions you can’t answer, you have cleared the first hurdle. You know there is genuine interest, you have fielded the tough questions about what makes you unique, what makes you a horse worth backing -but still some of the greatest ideas didn’t always have an immeidately obvious financial viability.

We have all seen the line in ‘The Social Network’ from Jesse Eisenberg playing Mark Zuckerberg:

We don’t know what it is yet, we just know that it’s cool

Sometimes, an idea may be financially viable, but not imemdiately obvious why. Sometimes, a great idea just can’t ever hope to be a viable proposition.

How can you tell if yours is in the former or latter boat? Well, that’s where tricks like paid ads offer us a great opportunity to test a busienss idea. Price it once, run the ads. Increase the price, run the ads. Eventually tou will find a level that the market can’t bear.

Now, go the other way, until you find a price that you can’t bear.

Somewhere between those numbers is the sweet spot. Can you identify how that profitability gap can be widened through scale and realistic actions available to you?

If so – it’s financially viable too.

My work here is done, that’s how to test a business idea. 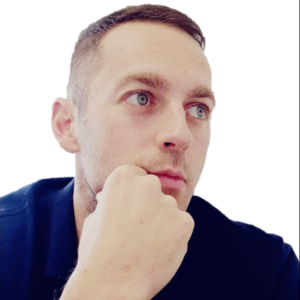